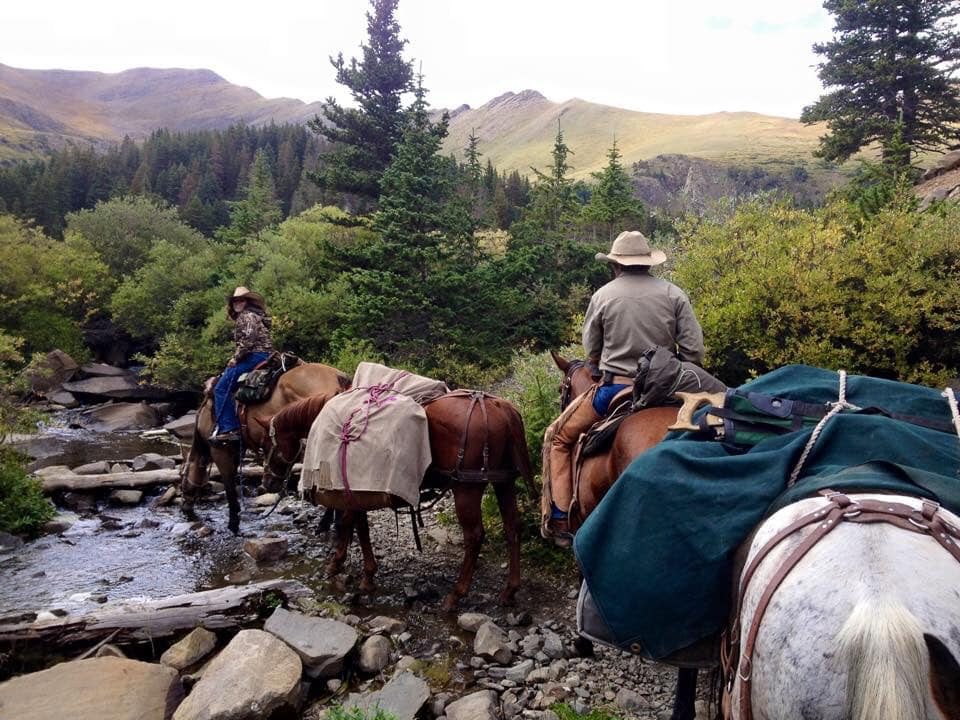 Bear Basin Ranch hosts Bear Basin Packtrips, guided trips throughout the Sangre de Cristos. They can take you through the famous Great Sand Dunes National Park or to a secluded, backcountry hot spring. They also offer unique horseback riding and whitewater rafting adventures. These outfitters tailor their riding, hunting or fly fishing adventures to the needs and experience levels of the individual or group.

In 1980, Gary Ziegler, trained in archeology, freshly discharged from the Army and living in Colorado Springs, sought a quieter life in the Wet Mountains and nearby valley. Eleven miles east of Silver Cliff, he found a 350-acre ranch no one seemed to want. Ziegler swooped it up for $80 an acre and named it Bear Basin Ranch. This seemed logical, since Bear Peak rises behind the original homestead and the basin where it sits.

Ziegler soon learned raising cattle couldn’t fully finance the ranch, so he turned to outdoor education for additional income. This enterprise expanded into the first guide and outfitting business in the nearby Sangre de Cristo Mountains.

Ziegler’s accomplishments include securing the first guide and outfitting permit in the Sangres, operating the first river rafting company to use paddles on the Arkansas River and bringing the first mountain bikes to Peru.

Bear Basin Ranch grew from 350 acres to 4,000 acres as Ziegler convinced friends to buy adjacent parcels when they became available, citing the need to restore the ranch to its original size. His wife, Amy Finger Ziegler, took things a step further by encouraging other owners of the collected land to join them in establishing a conservation easement, ensuring the ranch remains undeveloped indefinitely.